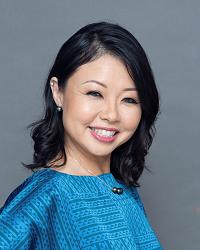 As Club Growth Director, I am passionate in helping District 49 to build new clubs, strengthen existing clubs, and grow our membership, so I surely hope that these quick access links and resources will assist you in your club growth efforts.

To be a part of this year's amazing Club Growth team or for additional information or support, please do not hesitate to contact me at d49lynn@gmail.com.

In honor of Ralph Smedley, the founder of Toastmasters, District 49 will launch its first membership campaign for the new Toastmasters year – from August  1, 2022 to September 30, 2022.  To promote membership growth, the Smedley Award will be awarded to any club which adds five new, dual, or reinstated members between August 1 to September 30.

Those clubs that qualify for this award during the campaign will receive:

Applications and payments for members with a join date between August 1 and September 30 must be received at World Headquarters or online no later than September 30. The addition of transfer and charter members does not count towards Smedley Award credit.

Wanting to Spread the Word About Your Club? District 49 can help!

Forward to prospective members to discover how Toastmasters, the global leader in public speaking, can help them and their career grow.

Introduce non-members to the basics of public speaking in a seminar style outside of your club.

Get all the information and support from Toastmasters International for your new club.

How To Rebuild A Toastmasters Club

How to Be a Distinguished Club