The District Leadership Committee nominations for leadership positions for the
July 1, 2020 through June 30, 2021 Toastmasters year are: 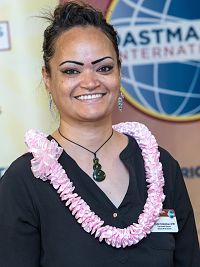 My name is Sepiuta Holakeituai and I have been a Toastmaster since 2011.  I am a member of three clubs: Central Pacific Bank Loyalty Masters Club, Catalyst Club, and Ho‘oponoponoPa‘ahao Toastmasters Club.

My district offices include: Area Governor 6 from 2014-2015, Division Director B from 2015-2016,Finance Manager from 2016-2018, Club Growth Director from 2018-2019, Program Quality Director (PQD) for term 2019-2020.  In 2017 I was awarded the District Toastmaster of the Year award.  An award I was not expecting, but so grateful to have received.  Toastmaster has been such a blessing to me personally and with my career.  As a profession I am a Bank Compliance Officer.  I oversee compliance training for the entire bank, and I ensure the Bank is compliant with all regulations relating to deposit accounts.  As PQD my goal was to bring more training sessions throughout the year through a program called Learning Lab to help train our members with classes they wanted to help them develop personally and with their career.  The PQD training team also included more breakout sessions at the Club Officers Training sessions.I am very excited about the coming years as we continue to: Promote online club meetings as more and more businesses will meet via Online; continue to offer strong useful training sessions; engage more with building our youth programs throughout the State of Hawai‘i; and continue to promote Toastmasters amongst corporations and our community members. 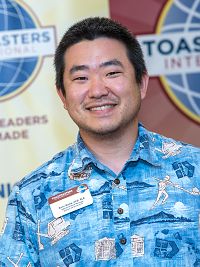 I have been a Toastmasters member since 2009 and have held all club officer positions at least once over the last 10 years.  I am a member of two clubs, Hawaiian Dredging and Na Hoku Kai Advanced Toastmasters Clubs.  In the past seven years I have also been and Area Director (Governor) twice, served one year as Administration Manager, and currently hold the position of Club Growth Director.  I have been on both sides of club officer training as club officer and trainer and have seen different approaches to scheduling our Toastmasters Leadership Institutes and would like to see continued encouragement of non-officers to attend sessions to benefit all members.  Previously I have been a member on District Conference sub-committees and taken part in discussions of the whole committee the last two years.  I am enthusiastic about making TLI and conference events both educational and entertaining to provide value and attract attendees. 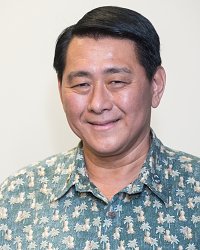 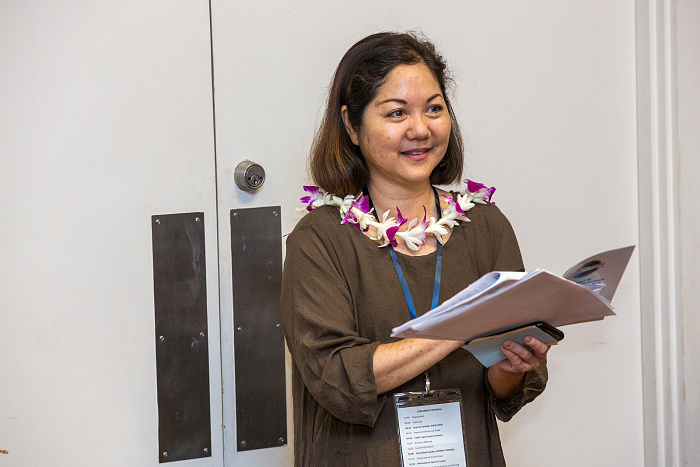 My name is Shirley Watanabe and I would like to serve as your next District 49, Club Growth Director. For over several decades, my work experience is from various types of entities such as the private, non-profit organizations, and government sectors. Since joining Toastmasters in 2015, many opportunities have abound spiritually to include personal and professional growth. With my vision, I plan for our Club Growth team to collaborate and function as a cohesive group by creating, leading, developing and inspiring members and guests in District 49. My plan is to instill the core values of Toastmasters International that embodies Integrity, Respect, Service and Excellence. With your help, we will grow the community by inspiring others with our sincere passion for the Toastmasters program. 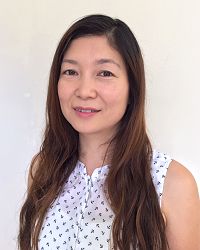 She has been a Toastmaster for 3 years. She first signed up for a club to practice public speaking; however, she started realizing Toastmasters offered so much more than just public speaking. She love challenges and she would like to motivate others to set higher goals and achieve them. Outside of Toastmasters, she is an online entrepreneur, coach, YouTuber and Podcaster, and she teaches others how to build their online businesses.

Nicanor F. Joaquin, MD, married with seven grown up children.I joined Toastmasters about 5 years ago and have recently received my Distinguish Toastmaster (DTM) Award.  I have completed 5 Pathwaysand am doing my 6th Pathways.I belong to 4 Toastmasters clubs Kamehameha, Catalyst Pearl City and Laulima TM.  I have been doing my prepared speeches in these clubs as well as in Paradise TM.

Accomplishments:Catalyst Toastmasters,First President2018-2019, VP Education  2019-2020, Mentor2018-2019, Kamehameha Toastmasters President2017-2018, VP Education 2019-2020, Laulima ToastmastersTeam Coach2019-2020Area Director2019-2020CommunityInvolvement: Entrepreneur of the Year,Philippine Chamber of Commerce2005Parents of the Year w/ my wife, Imelda, Philippine Cultural Foundation of Hawaii2012, Philippine Medical Association of Hawaii President1999-2001,Bayanihan Clinic Without Walls for New Immigrantswithout Medical Ins.  President continuously for 8 years. Two terms each   2003-2018, Central Union ChurchChancel ChoirSince 1976World Mission Chair2010-2015, Among my hobbies includeJogging 5-6X a week, Piano lessons once a week, Guitar class once a week, Painting class every 2 weeks,Yoga once a week.Presently I am involved with Youth Leadership at AliamanuElemSchool.I recently retired from my internal medicine practice for the past 35 years and I have more time to help and contribute to the success of our Toastmaster District 49 organization. 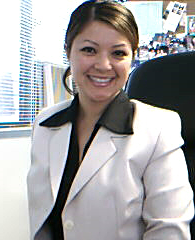 Anastasia Tagayuna started her Toastmaster’s journey in 2018 with the City and County of Honolulu Toastmasters Club 4079.  Anastasia quickly fell in love with the club fellowship, growth and networking opportunities she found in Toastmasters. She became the Club Secretary shortly after joining and the following year accepted the role as Club President.

Further opportunities in her Toastmasters path, Anastasia joined the ranks in District 49 as an Area Director serving various clubs in her District. A position that allowed her to meet many members in Toastmasters and learn from their experiences and teachings.

In 2019, the most amazing opportunity was presented to Anastasia as speaker at the HOSA (Future Health Professionals) of Hawaii Annual Conference held at the Hawaii Convention Center. Along with two other experienced Toastmasters, she was able to reach out and share her Toastmaster abilities and experience to high-school and collegiate students throughout Hawaii.  In fact, the team of three was invited back for their next annual conference.

Anastasia has also been able to bring Toastmasters to Lunalilo Elementary School and was a part of their Health and Wellness Fair. The City and County of Honolulu Toastmasters Club was able to share what Toastmasters is all about to the students at Lunalilo Elementary. The school has is home to a Speech Club that completes every year in the district speech contest. This role is an annual community event for her home club.

She hopes to bring what she has learned in her journey where leaders are made, while meeting fabulous experienced fellow Toastmasters, to clubs, as well as at other District’s conferences, events, and throughout the community.

Mission of a Toastmasters Club

We provide a supportive and positive learning experience in which members are empowered to develop communication and leadership skills, resulting in greater self-confidence and personal growth.

Mission of a Toastmasters District

We build new clubs and support all clubs in achieving excellence.

Copyright (c) 2019 Toastmasters District 49 • All Rights Reserved • The information on this website is for the sole use of Toastmasters International’s members for Toastmasters business only. It is not to be used for solicitation and distribution of non-Toastmasters material or information.