A Fiery Corporate Club with Toastmaster of the Month Shelley Santo

It is our pleasure to introduce our newly expanded Member Spotlight. Each month, we will be featuring one Toastmaster who deftly exceeds expectations or has an inspirational story to tell.

We had the chance to speak with Member of the Month for July 2020, Shelley Santo, Vice President of Public Relations, Nordic PCL Toastmasters Club. Our interview was jammed full of thoughtful commentary and humor from someone who told us “nobody believes I was a super shy, Asian girl” before she started to learn about public speaking. 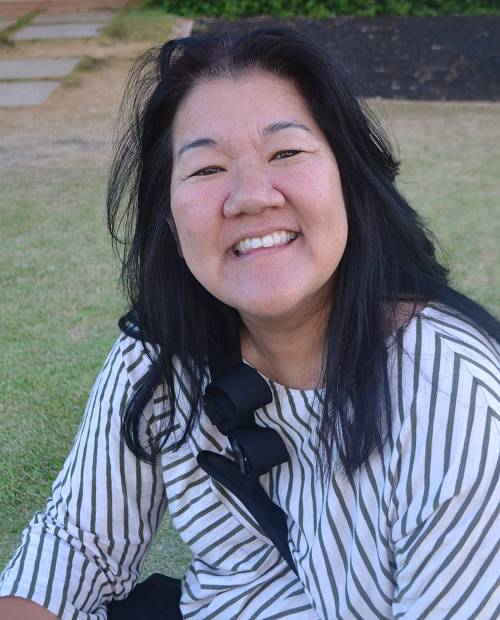 How to Grow a Toastmasters Club in the Year 2020

The unfamiliar atmosphere of public health concerns we’re living through has left almost no institution in the world untouched. Toastmasters clubs everywhere have had to rise to the challenge of transitioning abruptly from meeting rooms made of drywall to landscapes of pixels and waveforms.

Nordic PCL Toastmasters Club rose to the challenge, holding vibrant regular meetings and recruiting eight new members in a single month. We asked Shelley how they did it and learned a lot about enticing people to journey towards confident communication. 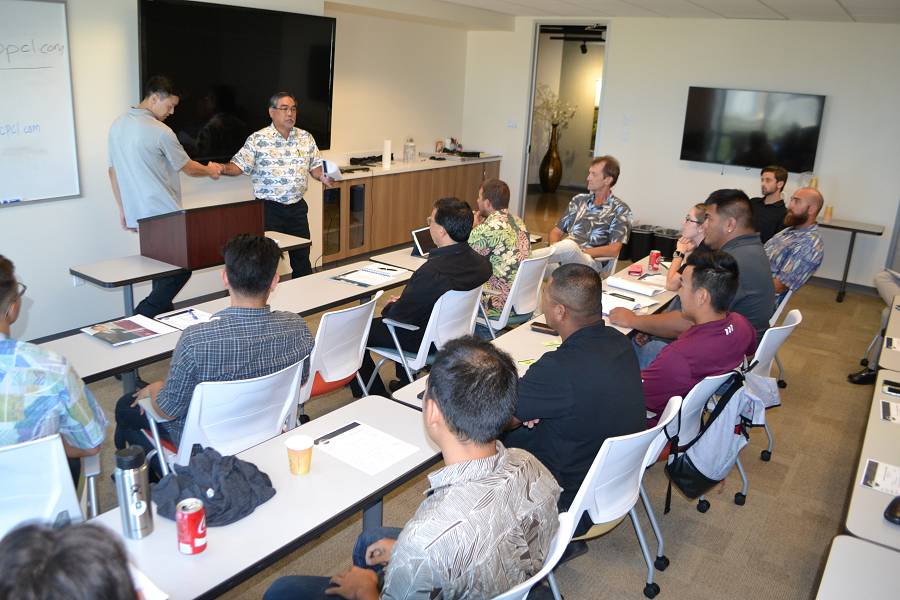 The club leadership set a goal of recruiting four new members in a month.  Then they doubled that and swelled by eight. Know what you’re after and go get it.

Get Your Company Onboard

Every new employee at Nordic PCL hears about Toastmasters and gets an information packet as part of their standard orientation. The president makes it a point to regularly attend meetings. The company pays for membership dues and pitches in for other club expenses. All this adds up to a crowd-pleasing and cohesive corporate club. Could you persuade your organization to make an investment in its members? Don’t take it for granted that everyone is familiar with Toastmasters.  As members, we know its rigorous, proven course of study systematically teaches workers world class speaking and listening skills, but some executives need to be briefed on what we have to offer.

Make Your Case One on One

Emails and packets scarcely grab people like a simple conversation can. Ask people in person if they know what Toastmasters is, share the value of the environment, and ask them to consider sitting in on a meeting. In Shelley’s company, her corporate club also serves as a melting pot. Members from different teams get to know each other and build rapport, making it much easier to reach out across departments and organizational levels. Half the people Shelley approached thought Toastmasters was a potluck club for sharing food from where you’re from. There’s a lot of room to educate.

Themed meeting garner attention and give people something to connect over. Nordic PCL Toastmasters themes all their meetings. Notably, they held one with promotional materials and trivia centered around the classic sitcom The Brady Bunch. Members could laugh over nostalgia and try to remember the names of all the Brady kids. Caution – know your audience and pick your themes carefully if you don’t want to have to explain ‘70s television to young folk.

Make it fun, Keep it Fun

The Toastmasters way of going from a wallflower to a raconteur can be a transformational, valuable experience, but it’s almost universally a long and tricky path to navigate. Give people something to keep them coming in. Shelley’s club starts meetings with trivia questions in the virtual meeting room and ends with revealing the answers. They keep a breezy atmosphere where members can laugh about it when things go awry in a funny way. 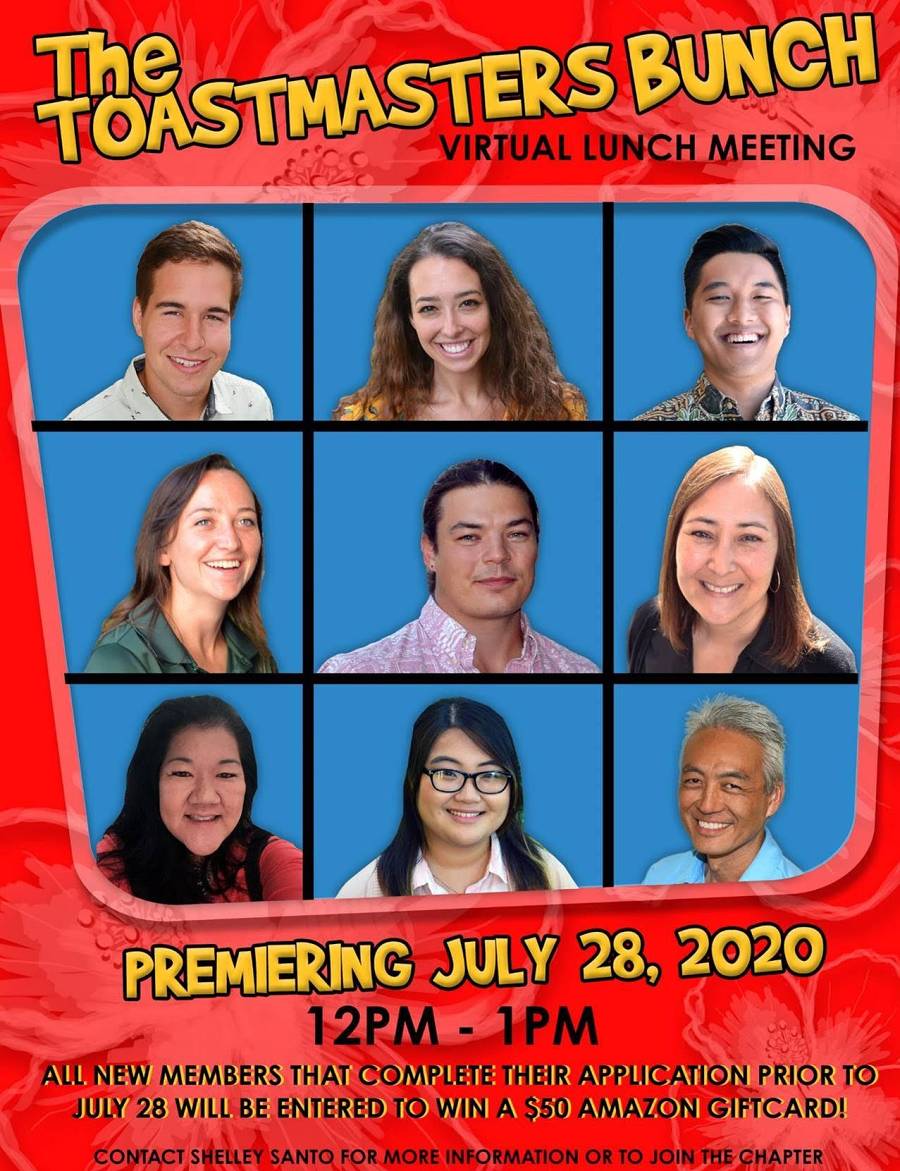 In a world that’s too often gloomy, the Toastmasters of District 49 have havens like the club we’ve just described that laugh and grow their way through adversity.

Mahalo to Toastmaster of the Month July 2020, Shelley Santo, for her time and enthusiasm!