So says our District 49 Member of the Month for April, Distinguished Toastmaster Rose Kirland.

She told us she sees Toastmasters like an amazing mutual support and learning network of 357,000 people across 16,500 clubs. Rose also told us about her love of learning through Toastmasters, almost every speech you experience is a distillation of diverse and success-minded people’s experiences and research that leaves you with something to take home. And where else can you unleash all your pet peeves, funny stories, and personal struggles to a captive, non-judgmental audience on a regular basis? The audience could even become your lifelong friends. The value of membership is clear, now you just have to get people into the door or the teleconference to share it with them. 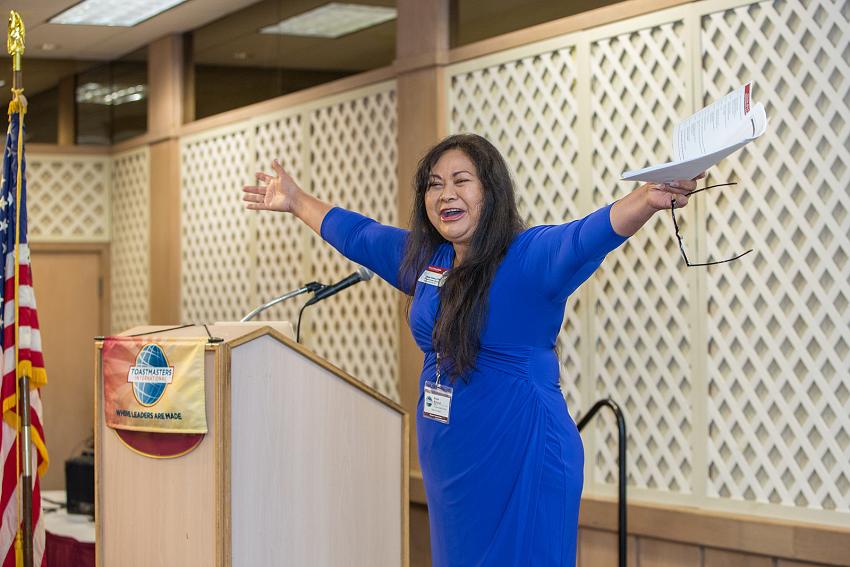 This month, we interviewed a club growth expert about how to do just that. Last year, amid pandemic hurdles, Rose chartered two clubs that catapulted District 49 to international prominence as one of only two Toastmasters Districts in the United States to attain Distinguished status that year. This year she’s chartered the new Spanish English Bilingual Club on top of running big District events and helping new members thrive. From 2017-2018, she was District 49 Director. We spoke to Rose about her success strategies for what she knows best.

Rose remembers a saying of her mother’s well, “People buy the sizzle, not the steak.” Rose saw a District where people weren’t renewing or joining because they were losing excitement for what Toastmasters had to offer. If you want to attract and keep people, find what excites them and build on that. More importantly, find what excites you. Passion is contagious and will lead you to long term connections with people who share your drive and values.

Rose told us she was envious of people who grow up in Europe speaking three or four languages from a young age, so she established the new Spanish English Bilingual Club. Setting up a language exchange group catered to a significant desire many people shared to improve their English or Spanish. Many people may not want to be part of whatever highly focused club makes your heart sing, but those who do will make the easiest collaborators and friends.

Open up your Ketchup Drawer

Rose was the thirteenth of fifteen children, and superstition around the number often decided how peers would treat her in her early years. “Don’t go near her, don’t even talk to her” is what she said the attitude often was. Some people saw her like a broken mirror — bad luck that would ruin their baseball game if it got too close. From a young age, she learned to be sharply aware of her image, which she would eventually realize is a pivotal skill of Toastmasters. With the awareness came efforts to be seen differently and control her image. “I’m not thirteenth, I’m third from last!” Eventually, though, she made the simple decision to be herself. As Rose put it, “Who the heck cares if I’m thirteen, or I’m one, or I’m twenty-nine. I’m who I am and that’s the way it is.” 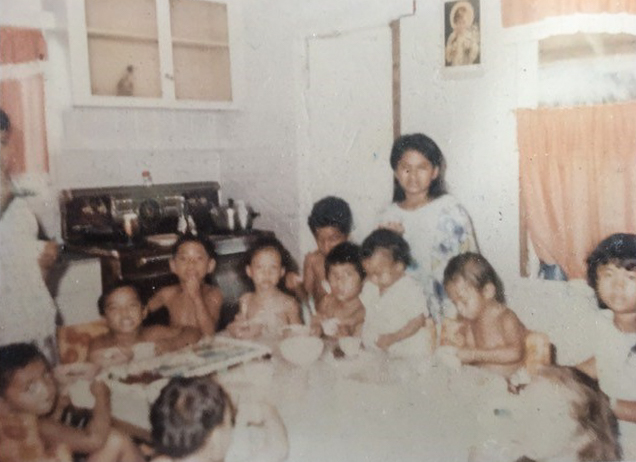 Rose Kirland: "Us kids eating around Table. You'd never believe it unless you lived it. I was so young when my older siblings were having their own families, their own kids.   This scene is all my nieces and nephews, children of some of my older siblings with me, the eldest of the bunch. I was so young that I grew up with a added whole NEW group of 15 kids (so yes my own siblings and their kids now making 30) LOL and I'm not too much older than they. We are happy hungry like lil critters..."

Growing up she had experiences different to a lot of people’s. Money was tight in her boisterous household. She remembers visiting more affluent friends one day and asking them where their ketchup drawer was. She had never seen a bottle of ketchup before, only packets left over from restaurants. Her friends showed her the bottle in the refrigerator, everyone laughed it off, and they stayed close. Rose’s experience shows people from different backgrounds can thrive together if they’re not too self-conscious to meet up in the first place. If you want the highest success getting the right people for your club, be authentic and show them what’s in your ketchup drawer. 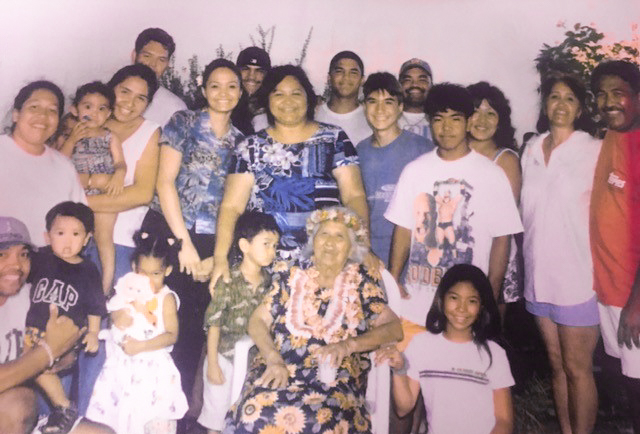 Rose Kirland: "My mom (and grandma to my nieces and nephews), siblings and some of their kids, and my kids too. When at parties (this was my mom's 80th birthday) you can be sure we still have a ketchup drawer PLUS a bottle of ketchup in the refrigerator!"

Growing up in a Corporation

Rose’s authenticity has flowered into relationships from every corner of society, and her relationships have been the foundation of her personal and professional success. In her long-time career as a mortgage banker, she’s had second-generation customers from families she helped decades ago coming to her because of her straightforward way of connecting.

What helped Rose get along so well with so many people? Fourteen brothers and sisters. She says her family runs the whole gamut of aptitudes and personality types, it was like growing up in a little corporation. From the beginning, she was immersed in an environment that made her learn how to   build relationships while being sensitive to people’s unique needs, understanding their point of view, and speaking their language. You don’t need a bus’s worth of siblings to do it, you can acquire the same skills by working at it now. Toastmasters is all about building your social craft, and the only way to really learn is to do. 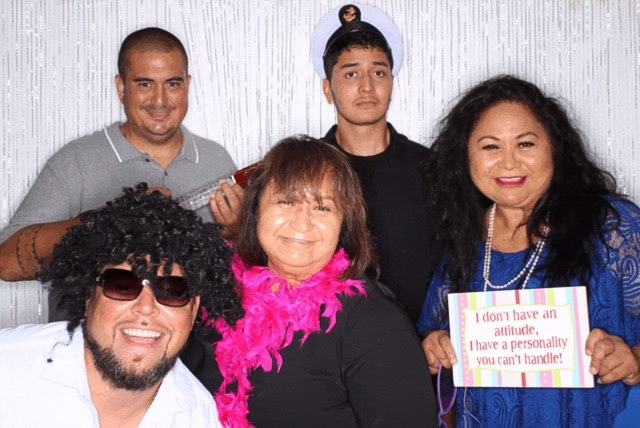 Rose Kirland: "This family loves to party! My 3 sons and their Godmother, sibling #15, my sis Dr. LaVerne Kia, MD"

Growing up on welfare with fourteen siblings and a disabled father would take a toll on most people, but Rose had an ace in her hand that made it winning: her mother. Positive and determined, she drilled simple principles of success into all her children. These would take the form of straightforward but powerful mantras. One saying was “If you can’t believe in yourself, then how do you expect others to believe in themselves?”

Rose always remembers hearing it put the other way, that you must believe in yourself for others to believe in you, but it’s never been about that for her. The point of unflappable self-confidence as she learned it is to be a mirror that shows others that they also are strong. And as she explains it, self confidence comes from believing that you have something good to contribute to the world. Believe in your club, or yourself, and you’ll enable whoever is joining you to stand tall as well.

Distinguished Toastmaster Rose Kirland never was a broken mirror, she was a bright sheet of silver wanting to shine. To attract success to your club and your life, learn to buff the cloudy spots out of your own pane of silver. As you do, whoever you encounter will be hard-pressed to ignore what you shine back at them. Mahalo to Rose for giving her time and shine to our spotlight.