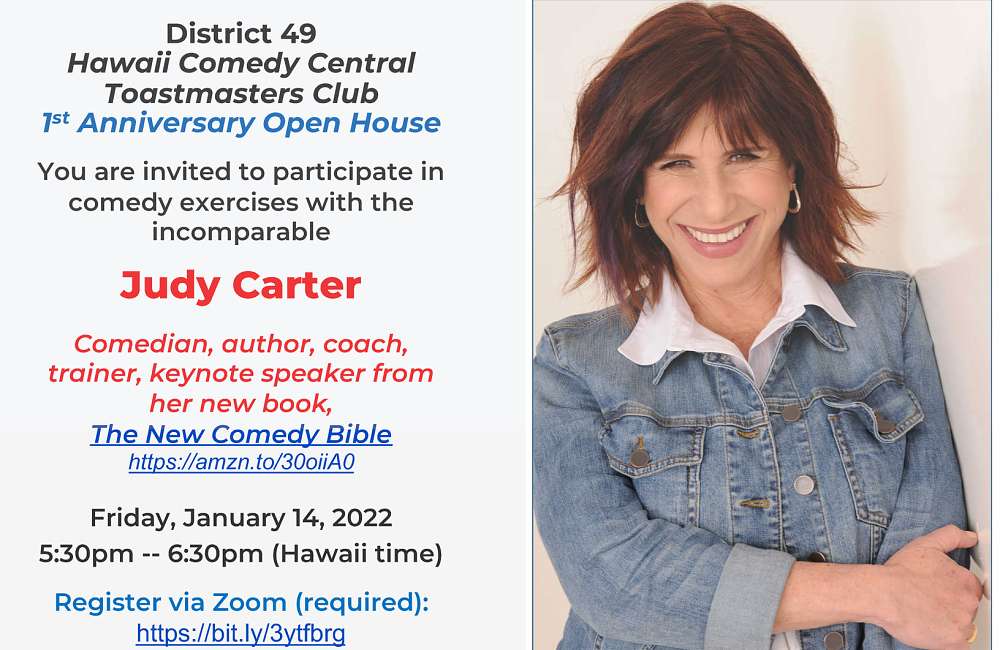 Learn about comedy by participating in exercises based upon Judy Carter’s new book, “The New Comedy Bible."

Besides being a professional comedian, she has coached and trained Toastmasters.

She has also written “how to” comedy books such as, "The New Comedy Bible,” “Stand-Up Comedy—The Book,“ "The Comedy Bible Workbook,” and “The Message of You.”

Judy was a headlining standup comic in Las Vegas for 10 years and is now an in-demand corporate speaker.  She has been interviewed by Oprah Winfrey; featured in the Wall Street Journal, New York Times, and CNN; and a frequent contributor to NPR’s “All Things Considered."

Find out more about Judy on her website and her Wikipedia page.