One Day, Mitchell Blocker went to check out a car he was considering buying and he started chatting with the stranger selling it. That stranger was DTM Don Glover from Pineapple Country Toastmasters Club and their chat turned into a two-hour discussion about Toastmasters, and nearly five years later Mitchell is still an active member. We interviewed Toastmaster Mitchell Blocker, who is a Professional Counseling Psychologist, member of Mililani Toastmasters Club, The Nooners Club, Pineapple Country Toastmasters Club where he is a Vice-president Education, Area 7 Director, and a member of the District Club Growth Team, and learned about how as established Toastmasters we can make our clubs feel special to new members, and why it matters. 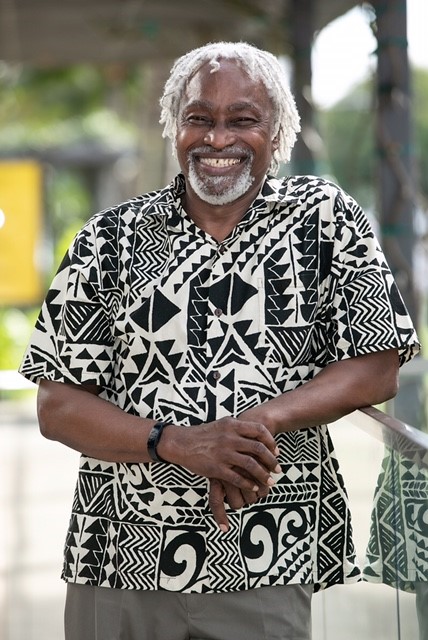 Mitchell worked at Schofield Barracks as a counselor and had an office full of Toastmasters memorabilia. Sometimes when he was counseling Soldiers both young and senior who wanted to overcome fear and anxiety, he would suggest Toastmasters as an avenue of growth. Mitchell told us he found a hunger for it in many of his clients, even if they didn’t realize it. It helped that part of his office décor was a copy of a TM International magazine with an article in it written by a two-star general. Once you’ve established interest, the last step is to actually personally invite them to a meeting. Give them an easy in.

People seldom ever heard of Toastmasters or knew what it was, but he could see that they wanted something that would give them an avenue to grow their confidence and abilities. In one six-month span, he talked about twenty-five new members into joining clubs. Most of them are still active Toastmasters. There’s lots of demand for what Toastmasters clubs can provide, it’s just a matter of getting people curious enough to realize they have it.

Toastmasters was attractive to service members ranging from young privates to seasoned officers not just for the raw benefits, but also because it would reflect favorably in Army promotion systems. Mitchell still had some work to do convincing people it was something they could be a part of. From a superficial reading of promotional material, it could come off as an organization that was hard to conceptualize and without a place for them. Mitchell would reassure them, as he put it, “It’s for the little people as well.”

He also got to the verge of chartering a club at Tripler Army Medical Center. He made an appointment with the installation commander, explained Toastmasters, and was given the go ahead to start a club for the hospital. He did away with the perception some people had that it was something only civilians could do and ended up with thirty-two professionals ready to join. The coronavirus pandemic halted the plan, but many of those soldiers went on to join clubs at their next assignments in places as far flung as California and Florida. 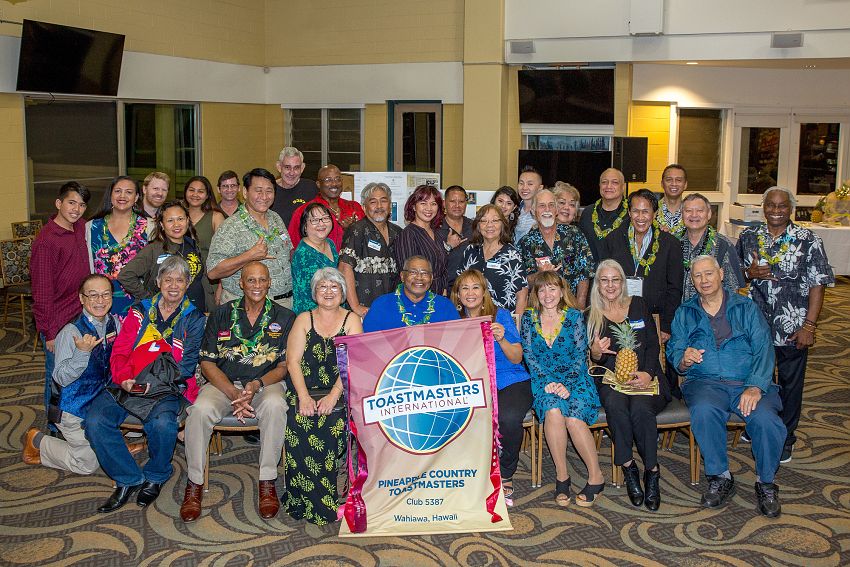 Pineapple Country Toastmasters and guests at their anniversary celebration on March 7, 2020 in Wahiawa, HI

If you want your club to retain new members, Mitchell tells us you have to help them get over the awkward first steps. Before a prospective member even shows up to the first meeting, go over what happens in one with them. Explain things you take for granted like the general structure, timers, and Table Topics. He told us about an eighteen-year-old who volunteered to be the general evaluator at his very first meeting, and in Mitchell’s words he “shined like a bright light.” Give people a warm introduction and you’ll get to see them at their enthusiastic best.

Once someone has showed up and looks like they could want to go further, give them an application form and personally invite them to join the club. It’s not enough to expect them to know what to do or decide to ask on their own, you should make them feel welcome and wanted.

It shouldn’t stop there. Either. Have a mentor work with them on their entire first path in Pathways if it’s possible. After a while, let them shadow a club officer and learn what the role does and you’ll get someone ready to take it over when the next term comes. New members should be nurtured for their six months or year if you want them to really get solid footing. It’s not enough to just greet them at the door. Encourage them to go as high and far as they possibly can.

Toastmaster Mitchell said to us “nobody is stealing our people; we’re giving them away.” Don’t give your new members a chance to be paralyzed by the fear and indecision that keeps so many people from becoming contributing speakers and leaders. He also told us he never ended up buying the car that started him down the path of Toastmasters, but happily admits he was sold something more valuable.

Thanks to him for a wonderful interview.